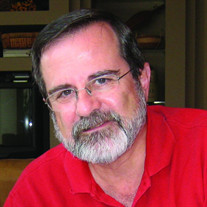 Charles Chatfield Cole, Jr., 74, of Lower Macungie Township, passed away on Friday, January 10, 2020. Born in Waterbury, Connecticut, he was the son of Charles Chatfield Cole and Dorothy (Oldershaw) Cole. He was married to his beloved wife, Joan, for 51 years. Charlie graduated from Crosby High School (Waterbury) and received his B.S. in Mechanical Engineering from Pennsylvania Military College (now Widener University). He held a Professional Engineer license in Pennsylvania. He was a member and past chairman of the Lehigh Valley Chapter of the American Welding Society and a member of the American Society of Mechanical Engineers and the American Society for Metals. Charlie served as a Lieutenant in the U.S. Army Corp of Engineers at Aberdeen Proving Ground in Maryland, where he worked in reliability engineering, and in Vietnam, where he supervised the building of roads and airfields. Upon leaving the Army, Charlie was hired by PPL and worked for 33 years in various capacities in welding, materials and failure analysis, retiring as Senior Welding Engineer in the Welding and Materials group. Charlie lived in the Lehigh Valley for 50 years, moving here with Joan, when he took the job with PPL. He was a Cub and Boy Scout leader when his sons were young and all his life was an ardent advocate for and donor to the arts. He was a former board member of the Civic Theatre of Allentown. He was a trombone player in various groups all through grade school, high school and college, during which time he developed a love of music, particularly classical. He also enjoyed cooking and traveling with Joan all over the world. He is survived by his wife, Joan; sons: Charles, and wife Shara Gustman, of Weston, FL; Christopher, and wife Donna, of Hunt Valley, MD; and three grandchildren: Maia, Lauren and Levi Cole. A celebration of Charlie's life will be held at a later date. Memorial contributions in Charlie’s name may be made to the Allentown Symphony Association, 23 North Sixth Street, Allentown, PA 18101.

Charles Chatfield Cole, Jr., 74, of Lower Macungie Township, passed away on Friday, January 10, 2020. Born in Waterbury, Connecticut, he was the son of Charles Chatfield Cole and Dorothy (Oldershaw) Cole. He was married to his beloved wife,... View Obituary & Service Information

The family of Charles C. Cole, Jr. created this Life Tributes page to make it easy to share your memories.