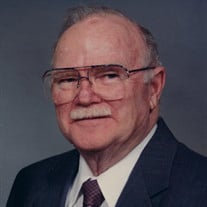 Christian R. Showalter, Jr. 96, of Allentown passed away May 17, 2020 in the Lehigh Valley Hospital, Salisbury Twp. He was the loving husband of Barbara F. (Moyer) Showalter. Chris was President of Rileigh, Gander & Showalter, Inc. located in Emmaus. The company built and designed trade show and museum exhibits. His company produced award winning exhibits throughout the country. Born in Lancaster, PA, he was the son of the late Christian R. Showalter, Sr. and the late Edna B. (Smith) Showalter. He was a graduate of MacKasky High School in Lancaster. Chris served in the U.S. Air Force during WWII stationed in China for 23 months with the 422nd Flying Tigers Squadron. He painted different designs like shark teeth and models on aircraft while in the Air Force. He received the Asiatic-Pacific Theatre Service Medal with 2 Bronze Stars, the Air Medal GO #14, the Distinguished Flying Cross and the Good Conduct Medal. Chris‘s squadron, the 422nd Flying Tigers , were honored with a citation from President George W. Bush for their service to our country He volunteered at Lehigh Valley Hospital Cedar Crest for over 20 years. Chris was a member of the First Presbyterian Church of Allentown. He enjoyed traveling all the continents around the world, boating, golfing and the country club. Survivors: Wife, Stepson: Scott J. Fegely of Myrtle Beach, SC, Grandson: Jason R. Showalter and his wife Gretchen, great grandsons Christian and Mason of Calera, Alabama, Sisters: Elizabeth Deaver of Lancaster and Anna Mae McGallicher, Step-Sisters: Doris Ehrhart and Joyce Brubaker, Sister-In-Law: Janet Showalter of Lancaster and Brother-In-Law: Tom Moyer of N. Myrtle Beach, SC and Nieces and Nephews. A memorial service will be held at a later date, to be announced. In lieu of flowers, contributions may be made in his memory to The Wounded Warrior Project, P.O. Box 758516, Topeka, Kansas 66675-8516 or to the First Presbyterian Church of Allentown, 3231 W. Tilghman St. Allentown, PA 18104.

The family of Christian R. Showalter, Jr. created this Life Tributes page to make it easy to share your memories.

Christian R. Showalter, Jr. 96, of Allentown passed away May...

Send flowers to the Showalter, family.