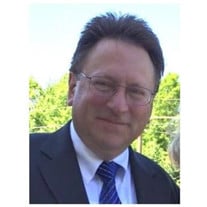 On Friday August 21, Jeffrey A. Knopf Sr., loving husband, father, and friend, passed away at home surrounded by family at the age of 64. He was born in Elizabeth, New Jersey in April 1956 to Richard and Anna Knopf, brother of Rick Knopf. He grew up spending summers in Harvey Cedars where he cultivated a love of sailing and boating, water skiing, surfing, and building lifelong friendships. He attended Pennsylvania State University and held a Bachelors of Science in Pre-Medicine and a Masters of Science in Chemical Engineering. He worked as an engineer for over 30 years, during which he maintained a passion for data collection and held true to a strong moral character. In 1984, Jeff married the love of his life, Laura (Conway) Knopf in Mountainside, New Jersey. Jeff has always been a builder: in addition to building a wonderful family, he enjoyed working with his hands and improving everything he touched. Continuing to build upon his family’s legacy at the shore, the waterfront in Harvey Cedars has always been a special place for Jeff. Summers were spent with house projects, sailing on the bay, floatation sessions in the lagoon, frequent family feasts, and of course a dram (or several) of his favorite scotch best enjoyed with friends and family present. Although summers are short, the memories made there each year will be everlasting. Known for a profound love of his family and quick wit, his imagination and, more specifically, creative use of vocabulary was always sure to inspire laughter. His affection for his two dogs, Nemo and Bella, and above all else, love and devotion to his family will continue to be cherished fondly. Jeff has said that the most joyful aspect of his life was to be married to his soulmate and raising his children. Jeff is survived by his wife, Laura, two children, Jeff Jr. and Allison, granddaughter, Lucy, and son-in-law, Seth. Due to ongoing circumstances a traditional service will not be held, but rather a celebration of Jeff’s life will be held in Summer 2021. In lieu of flowers, donations are appreciated to Pancreatic Cancer Action Network National Office, 1500 Rosecrans Avenue, Suite 200 Manhattan Beach, CA 90266, or to: www.pancan.org/donate

On Friday August 21, Jeffrey A. Knopf Sr., loving husband, father, and friend, passed away at home surrounded by family at the age of 64. He was born in Elizabeth, New Jersey in April 1956 to Richard and Anna Knopf, brother of Rick Knopf. He... View Obituary & Service Information

The family of Jeffrey A. Knopf Sr. created this Life Tributes page to make it easy to share your memories.