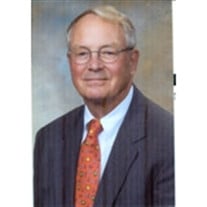 John Nickerson (Nick) Watters, Jr. 81, died in Allentown on September 20, 2018. Nick was born in 1937 and grew up in Weston, Massachusetts with his parents John (Soapy) Nickerson Watters and Elizabeth (Betty) Green Watters Robb and brothers Tony and David. He graduated from Choate Preparatory School and Bowdoin College, and served in the US Marine Corps in Virginia. He is an Eagle Scout recipient. After his first job with the Norton Company of Worcester, Massachusetts, Nick began his 51-year career as an agent with the Mass Mutual Life Insurance Company in Allentown, Pennsylvania. He specialized in Disability Income and Family Business Succession Planning. He was a member of the Million Dollar Round Table and president of the Lehigh Valley Life Underwriters. Nick was honored as Agent of the Year several times throughout his career. The success and enjoyment he experienced led to his late retirement in 2017. Nick was a member of the Episcopal Church of the Mediator and served on the vestry as Junior Warden. He was generous with his time and skills as a volunteer and board member of Habitat for Humanity, United Way of the Greater Lehigh Valley, Salisbury Kiwanis Club, Trout Unlimited, and a member of Lehigh Country Club. Nick loved being in the outdoors. He canoed and backpacked with Carol's Senior Girl Scout troop. Nick's fishing excursions were frequent and varied and always gave him peace and satisfaction. He served as a ski instructor at Blue Mountain for twenty years. Annual ski trips with friends were something he looked forward to and reminisced about often. Friendships forged during outdoor adventures gave him great joy. Nick and Carol enjoyed worldwide travel. Many family trips created memories that will last a lifetime. In their house on Long Beach Island, friends, children and grandchildren spent happy hours. Memories of Nick evoke a smile; his positive outlook, friendly spirit and endless sense of humor will always be remembered. Survivors: Family members include his wife Carol, daughter Jean, married to Elmer Myers of Teaneck, NJ and Margaret (Meg) married to Steven Wilkes of North Reading, MA. His four grandchildren are Nickerson (Nicky), Amanda Jean, Ella, and Vivienne Jean. Services: A memorial service will be held on Saturday, September 29, 2018 at 11:00 am at the Episcopal Church of the Mediator at 1620 West Turner Street in Allentown. Memorial donations may be made in Nick's name to Habitat for Humanity of the Lehigh Valley 245 N. Graham St. Allentown, PA 18109-2191

The family of John Nickerson Watters created this Life Tributes page to make it easy to share your memories.

Send flowers to the Watters family.