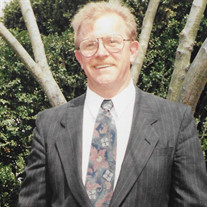 John S. Sunny III, 73, of Allentown, passed away July 28, 2021 at Cedarbrook Nursing Home, So. Whitehall Twp. Born in Washington, PA, he was the son of the late John S. Sunny, Jr. and the late Lorraine L. (Snyder) Sunny. John graduated from William Allen High School in the class of 1966. He then proudly served his country over seas during the Vietnam War with the United States Navy. As a lifelong Allentown resident, he proudly assembled on the line at Mack Trucks until its relocation. A jack-of all-trades; John employed his handy skills, knowledge, and industrious work ethic in his position as a maintenance technician at Vitaulic for many years until retiring. Above all, he was the loving husband of Joan A. (Peterson) Sunny, of whom he enjoyed over 36 happy years of marriage with; and a proud father and pop-pop. Other life highlights include but are not limited to: Little League Baseball coach for Union Terrace, math tutor, PTA member at Raub Middle School, computer clip art wizard, bat-catcher, and neighborhood litter patrol. During his leisure he enjoyed spending quality time with his family, making home improvements, discussing the awesomeness of space, and never losing faith in the Eagles. Survivors: Wife, Daughter: Sarah L. Sunny and her companion Scott Wismer of Emmaus, Son: John S. Sunny IV of Allentown, Brother: Richard R. Sunny and his wife Diane of Allentown, Sister: Kathy, wife of Harvey Clymer of Allentown and Grandchildren: Collin Clark, Caitlin Clark and Willow Wismer. He was preceded in death by a Sister: Jewell Evans. A funeral service will be held on Friday, August 6, 2021 at 1:30 P.M. in the J.S. Burkholder Funeral Home, 16th and Hamilton Sts. Allentown. A calling hour will be held on Friday, from 12:30 P.M. to 1:30 P.M. in the funeral home. Contributions may be made in his memory to the Alzheimer’s Association 399 Market St. Suite 102 Philadelphia, PA 19106

The family of John S. Sunny III created this Life Tributes page to make it easy to share your memories.

Send flowers to the Sunny family.