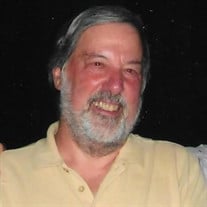 Joseph G. Miller, 85 of Bath, Pennsylvania passed away April 2, 2022 in St. Luke’s Hospital, Fountain Hill. Born in New York City, Joseph was the son of the late Harold and Evelyn (Wilhelm) Miller. He was raised in the Pascack Valley of North Jersey with his three siblings. Predeceased by his baby sister Mary (Miller) Larkin and his older brother Francis Miller. After graduating from St. Peter’s Prep. in Jersey City, NJ, he entered the army and was stationed in Huntsville, Alabama at Redstone Arsenal. Joe had great talent and worked as an independent contractor for many years until retiring. Prior to that he was a Union Member in the National Elevator Industry. In retirement he became an owner/operator of the Brook Farm Inn in Lenox, Massachusetts. There he took care of all renovations, repairs and upkeep of the 15 guest room Bed and Breakfast. He read poetry in the library to his guests everyday at 4 o’clock over tea and scones. He was adored by his vacationing guests and the Lenox community at large. A man that went out of his way to help those in need, Joe was a kind, quiet, humble, hard working, intelligent, dry sense of humored man who loved his dogs, the outdoors (especially Vermont), furniture making and wood working and watching all sports. Joe was an avid reader and a diehard fan of Drum and Bugle Corps. He was the dedicated, devoted father of and is survived by his daughter, Jodi, wife of Dr. Edward Manzella of Allentown, PA. He is survived by his younger brother Michael and his wife Kathleen (Sunden) Miller and he is also survived by his 2 adopted children Robert Miller of Tempe, AZ and Laura (Miller) and her husband Jeffrey Bonn of Emerson, NJ. A Memorial Service will be held on Friday, April 29, 2022 from 2:30 P.M. to 4 P.M. at J.S. Burkholder Funeral Home, 1601 W. Hamilton Street, Allentown, PA 18102. In lieu of flowers, contributions may be made in Joe’s memory to: The American Cancer Society.

Joseph G. Miller, 85 of Bath, Pennsylvania passed away April 2, 2022 in St. Luke&#8217;s Hospital, Fountain Hill. Born in New York City, Joseph was the son of the late Harold and Evelyn (Wilhelm) Miller. He was raised in the Pascack Valley of... View Obituary & Service Information

The family of Joseph G. Miller created this Life Tributes page to make it easy to share your memories.

Send flowers to the Miller family.