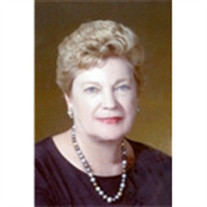 Judy, age 80, passed away on June 8, 2018, at home in Walnut Creek, CA, after a courageous battle with brain cancer. Judy was the wife of William Kuhnsman. She was first and foremost a loving and devoted wife, mother, grandmother, daughter and sister. Daughter of John and Thelma Yeager, Judy was a graduate of Allentown High School, Class of '55. She graduated from Temple University and worked periodically as a dental hygienist, including in the Pittsburgh and Bethlehem, PA school districts. She also taught dental care to children in various Head Start and other school programs as a volunteer.She was a founding member of both WomanCare and the Spirit of Women, education and wellness projects in the Lehigh Valley. She worked tirelessly on all the events including bringing notable keynote speakers to the Lehigh Valley. After moving to Northern Virginia, she continued to be actively involved coordinating the Inaugural Spirit of Women Awards in Washington DC in 1999. Judy was also a partner in -he Cooking Company-, a local culinary school. Her family and friends will treasure memories of her lovingly baking and hand-decorating Christmas cookies and passing down these and other culinary skills and recipes to many. She is survived by her husband of 58 years, William Kuhnsman; sons David and Douglas Kuhnsman; daughters-in-law Margaret Winslow Kuhnsman and Colette Marcinkowski Kuhnsman; four grandchildren; and her brother, John Yeager, Jr. Calling hours will be held on July 9 from 9 to 11AM at the J.S. Burkholder Funeral Home, 16th and Hamilton Sts., Allentown, PA, with a graveside service to follow at the Union Cemetery in Slatington. In lieu of flowers, the family requests that donations be made in memory of Judy Kuhnsman to Phoebe Ministries, ATTN: Institutional Advancement, 1925 W. Turner Street, Allentown, PA 18104.

Judy, age 80, passed away on June 8, 2018, at home in Walnut Creek, CA, after a courageous battle with brain cancer. Judy was the wife of William Kuhnsman. She was first and foremost a loving and devoted wife, mother, grandmother, daughter and... View Obituary & Service Information

The family of Judith Renee Kuhnsman created this Life Tributes page to make it easy to share your memories.

Send flowers to the Kuhnsman family.