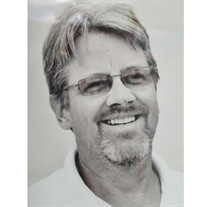 Keith Preston Gradwell, 56, of Kutztown passed away October 3, 2020. He was the loving husband of Suzanne D. (Seyler) Gradwell. They were married for thirty-three years this March and resided in Krumsville since 1993. Born Feb 16, 1964 in Harrisburg, he was the son of Marie (Snitzer) Gradwell of Allentown and the late E. Gordon Gradwell. Keith was a 1982 graduate of Parkland High School. He then attended Williamsport Area Community College (Penn Tech) earning degrees in Plumbing, Heating, and Air Conditioning. In 1985, he began his career with Donmoyer Electric as an Installation and Service Technician. His career lead him to be employed by Trane of Northeastern Pennsylvania in spring of 2003 as an Inside Parts Specialist. Keith continued to work for Trane Parts Center for 17 years holding the role of Store Lead since November 2019. Keith enjoyed cooking, Nascar, scouting, and eating a great meal at his favorite restaurants. He was a member of Ziegels Union Church, Breinigsville, where he served on the consistory. Keith was very active in Scout Troop 104, Krumsville, PA. He was an Assistant Scout Leader and Assistant Scoutmaster while his son made his journey to Eagle. Keith attended many activities including Florida Sea Basel, Order of the Arrow, and enjoyed helping with many of the troop’s fundraisers. Keith loved his family and was always willing to lend a hand to help if needed. He will be deeply missed by his family and friends and customers. In addition to his wife, Suzanne, and mother, Marie, Keith is survived by his son, Kyle T. Gradwell of Allentown, brother, Dr. Scott Gradwell of Fogelsville, nieces, Ashley Gradwell of Boston, Lauren Gradwell of Fogelsville, and nephew, Sean Gradwell of Brooklyn, New York. A private service was held on October 7th. A celebration of Keith’s life will be held at a future date.

Keith Preston Gradwell, 56, of Kutztown passed away October 3, 2020. He was the loving husband of Suzanne D. (Seyler) Gradwell. They were married for thirty-three years this March and resided in Krumsville since 1993. Born Feb 16, 1964 in... View Obituary & Service Information

The family of Keith Preston Gradwell created this Life Tributes page to make it easy to share your memories.

Send flowers to the Gradwell family.