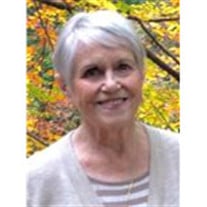 Lois Jean (Brown) McDermott of Whitehall, PA, passed away on November 2, 2018, 11 days after she celebrated her 92nd birthday. She was the daughter of the late Lewis S. and Harriett M. (Merrell) Brown. Lois was born on October 23, 1926, and raised in Staten Island, NY. Her mother's family emigrated from England and was among the earliest settlers of Staten Island. The New York State Port Authority purchased the homestead of George E. Merrell, Lois's grandfather, to build the Goethals Bridge. Lois is survived by her two devoted daughters, Merrell Lois McDermott McGuire of Ambler, PA, and Brooke Suzanne McDermott of Bethlehem, PA. They were alongside her when she passed away peacefully Friday morning, after one night in hospice care. Lois was predeceased by three brothers: Kenneth, who died before she was born, Warren and Ray. Lois graduated from Port Richmond High School and received her business degree from Baker College in New York City. She worked for many years as the executive assistant to the president, Leon Abbett, of the Wall Street investment firm Lord Abbett & Co. In later years, she served as the correspondence secretary and manager of the recovery center at Allentown Osteopathic Medical Center. After she retired, Lois modeled periodically for Pro Model & Casting Agency in Bethlehem, PA. She appeared in print ads, commercials and television programs. Lois had a wonderful, irreverent sense of humor. She enjoyed teasing and being teased. A self-described -hocoholic,- she was known for her insatiable sweet tooth. She made many fond memories with Oreste Rogora, her longtime companion. A passionate and sentimental parent, she left notes attached to her important documents reminding her daughters how much she loved them. A celebration of her life will take place at 2 p.m. on Friday, November 9, at J. S. Burkholder Funeral Home, 1601 Hamilton Street, Allentown, PA 18102. Friends and family are invited to visit beginning at 1 p.m. Contributions may be made to the American Heart Association or the ASPCA.

Lois Jean (Brown) McDermott of Whitehall, PA, passed away on November 2, 2018, 11 days after she celebrated her 92nd birthday. She was the daughter of the late Lewis S. and Harriett M. (Merrell) Brown. Lois was born on October 23, 1926, and... View Obituary & Service Information

The family of Lois Jean (Brown) McDermott created this Life Tributes page to make it easy to share your memories.

Lois Jean (Brown) McDermott of Whitehall, PA, passed away on...

Send flowers to the McDermott family.